I don’t normally post on this blog about the Mustang so much, because it has it’s own blog, and this is where I post home and family stuff. But this is big news, and Johnny IS family – and Johnny is running again. I sent him over to my friend Jim’s house in October, right before getting laid off from my job 😦 Jim did an amazing job of putting Humpty Dumpty back together again for as little $$$ as he could manage. Maybe this should be called the Bionic Mustang, because he is better, stronger, faster than ever before!

Jim squeezed a 302 under the hood. This is considered nearly impossible in some circles, because 74 Mustangs have a smaller engine bay that was never intended to hold a V8, in fact when I discussed it online someone had the gall to tell me I was lying because it was impossible! Nope, not impossible. 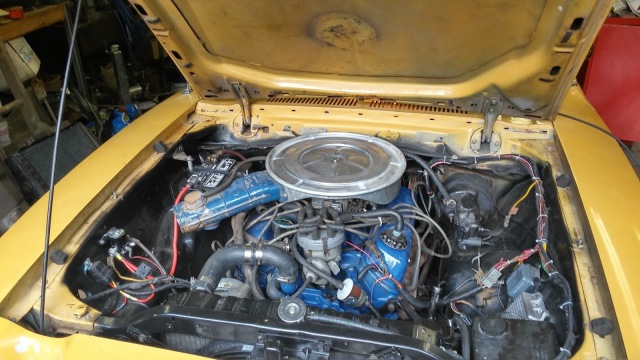 Either way, Johnny is my Miracle Mustang, because Johnny was my first car in 1987, and I sold it in 1993 shortly after we got married. Then I kicked myself for doing so for years while I bought and restored other Mustangs, until I couldn’t stand it anymore, and knowing that the odds were that someone had junked it and cut it up by then, I went looking for it in 2005. Thanks to help from other Mustang lovers online, I found it. I handed over the cash and brought my old friend home, not running. Then I proceeded to have rough times that stopped me from really spending the money on it that I wanted to for years, until I met Jim (completely coincidentally – he came to look at a part I had for sale – not even a Mustang II part, but he saw my pony in the garage and said ‘hey, I have one of those, and a bunch of extra parts too’). He had the parts, and the know-how to make it happen. And he is just an all-around awesome guy!

So I pulled the old drivetrain out, rebuilt the brakes, resealed the gas tank and cleaned out the fuel lines, and sent it over to his house. He did all the magic. 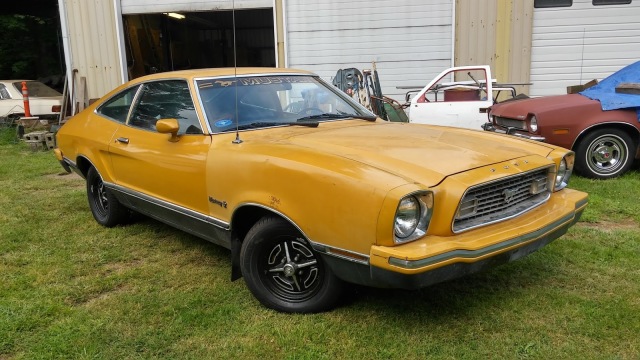 It’s got a ways to go before other people will be too impressed by it, but to me..sigh, I’m more than a little in love with this silly yellow Mustang that my Grandpa found for me 29 years ago! Back then I paid $1000 which I had saved up from my afterschool job at the pet store. Today, I’ve got more than that in the engine.

Seeing it roll out of the garage under it’s own power for the first time since..well, it wasn’t running when I brought it home in 2005, so..first time in a LONG time. And it sure as heck didn’t SOUND like that back in the day!

A couple days later he declared it finished enough to go home. Still lots of work to do: 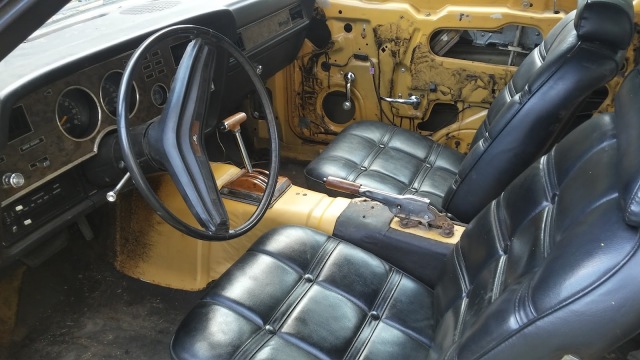 but it’s running and driving. 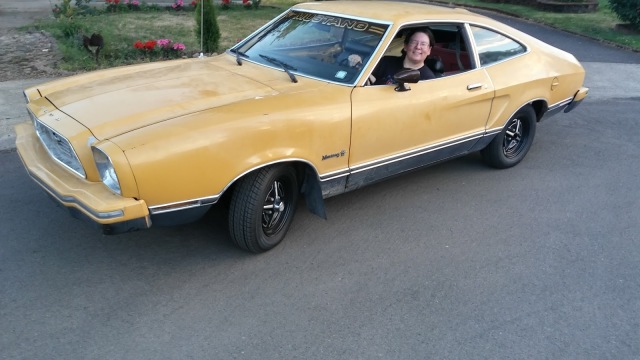 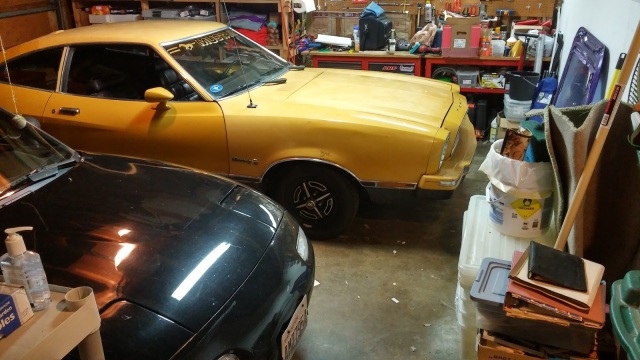 We rearranged the garage to make room. Now I have TWO completely impractical cars! Lucky me! 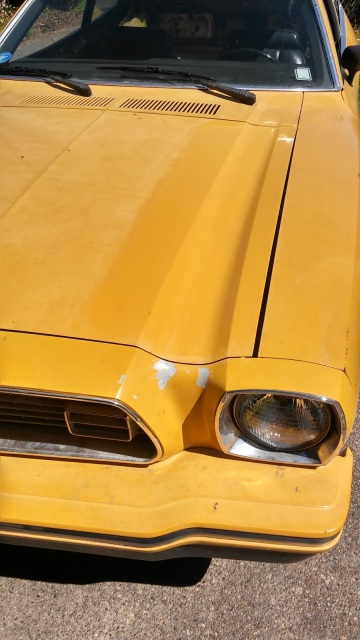 I started playing around with polishing off the oxidation to make it look a little nicer. I plan to take it to some cruise-ins this summer, even if it is ugly. 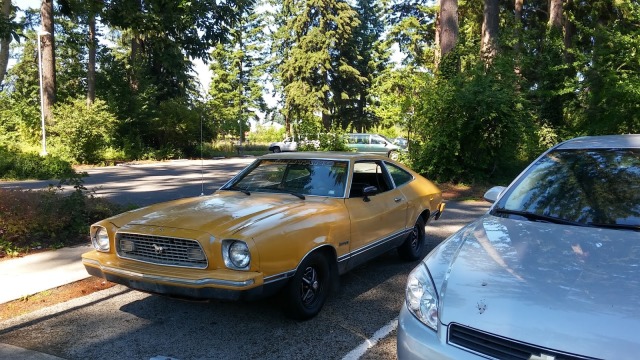 And I can even drive it on errands, like here where I drove it to the gym. It’s a real car now, it runs and drives!

So, that’s my amazing project Mustang. Mustang #7 for me, and yet also Mustang #1. It’s something so many car enthusiasts wish they could have – their first car, the one they drove their friends around in at school, the one they took their first dates in, and I’m so incredibly lucky to have sold mine, and then found it again. Not one ‘like’ it, but my actual, honest to goodness, first car. Grandpa never would have guessed I’d still have my yellow pony all these years later!