Yesterday was a lovely sunny afternoon, and we were downtown so Dave could do a skit at the theater for an Art-Walk type event that was going on. I hung around the theater a bit, and then went over to the park in downtown Vancouver,WA (Esther Short Park) and took pictures around there.

My main goal was experimenting with my camera,  taking all my pictures in manual mode and playing with aperture and exposure times. 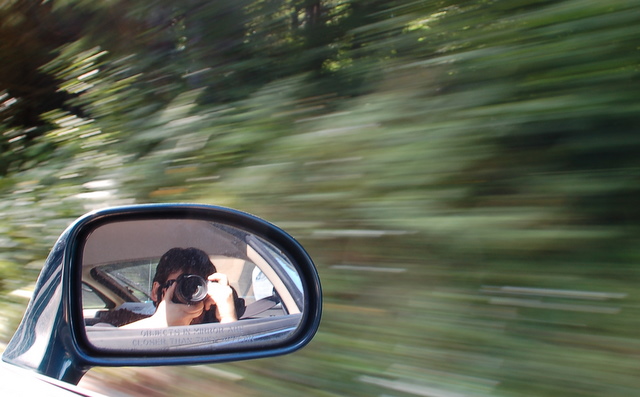 First we had to get into town, since we live way out in the boonies… 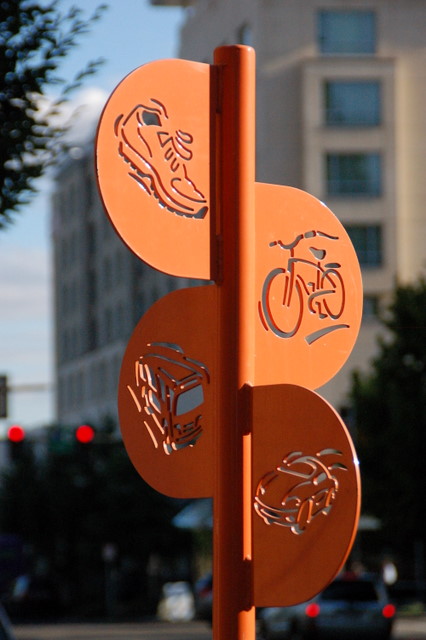 I’m not sure what this sign was for, but I liked the color!

This is the clocktower in the park. I was trying to get a picture of it with flowers in the foreground, and have good focus across the whole picture. I felt a little weird squatting behind a big flowerpot trying to make that happen, and I felt a little nervous because people kept looking at me funny. 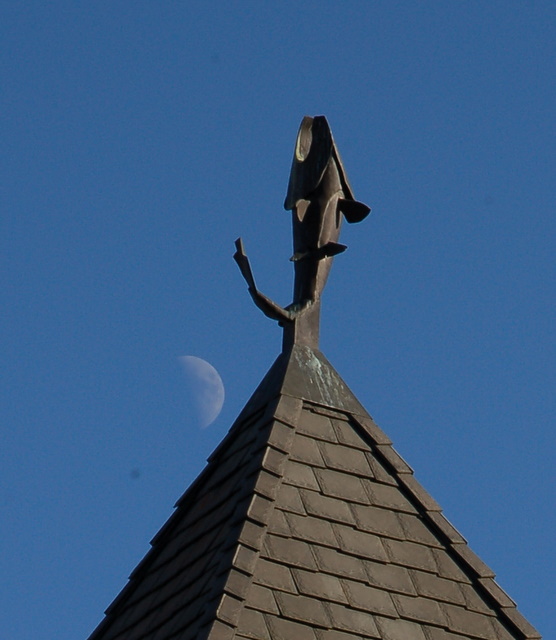 The moon was up, but this was the best shot I could get. If I had been willing to climb into the bushes for a minute, I could have lined it up so it looked like the fish was eating it, but I decided I was attracting enough attention as it was. 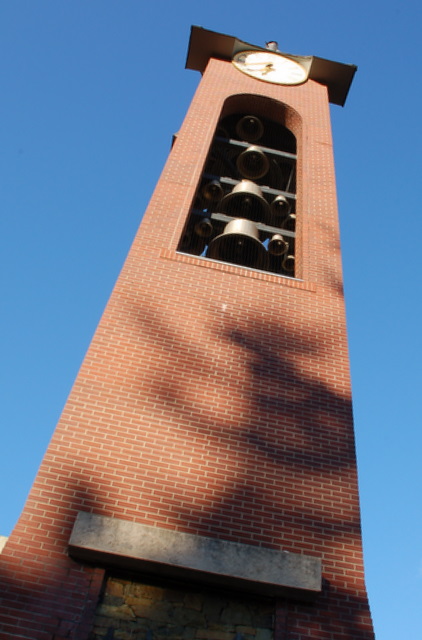 Different angle on the tower… 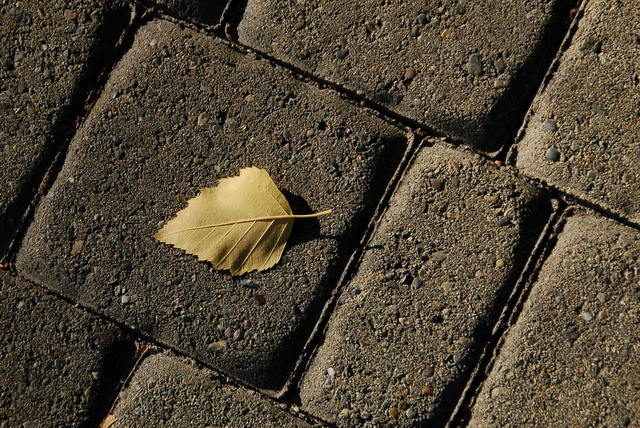 I liked the texture of the pavement under this leaf

This is one of the tallest buildings in downtown Vancouver. It’s a home for low-income seniors. My uncle lives there. It was built specifically for that purpose, and those guys have the best view in town because it overlooks the river and the I5 bridge! 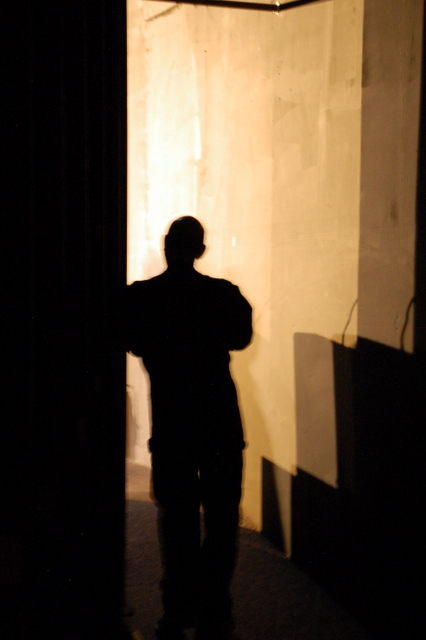 Back at the theater, I got this shot of one of the actors waiting to go onstage. High ISO, and a long exposure because it was so dim. I like the shot, even with a little motion blur.

The skit they were doing was a silly little thing full of puns and sight gags. It was about a 15 minute show, and they did it every half hour for 3 hours! It was like a little marathon! That’s my handsome hubby holding the paper up 🙂 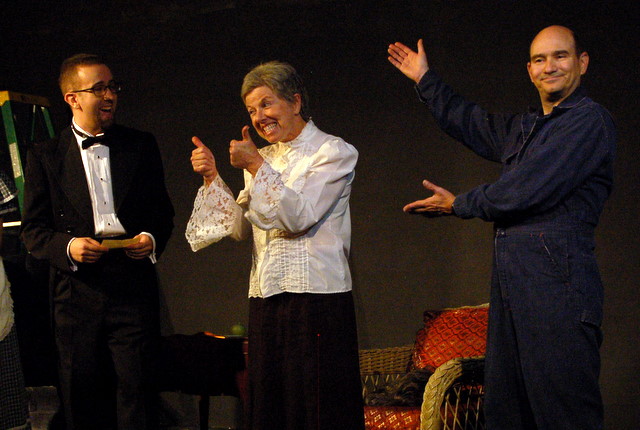 Then came the curtain call. This was another tricky shot to get because of the low light. I have to say though, I’m much happier with the quality of picture this camera can do with high ISO settings. That’s a big difference between it and my old Powershot, which had terrible picture quality if you bumped up the ISO.

On the way home I played with long (3 second) exposures (I wasn’t driving), and discovered that if I took them as we passed under the intersection signals I got really cool rays of light. This was my favorite of that bunch.

So that was my fun afternoon with my camera. Every picture taken in Manual mode after carefully considering what settings I wanted to use based on the light, and what I was going for. It was a great learning experience! Of course I took about a hundred pictures, and these were my favorites. I’m so grateful for digital!
_

One thought on “Pictures around town”