Using my 28-80mm lens, I went out to take some pictures of a beautiful rose I spotted on the bush out in the dog run. 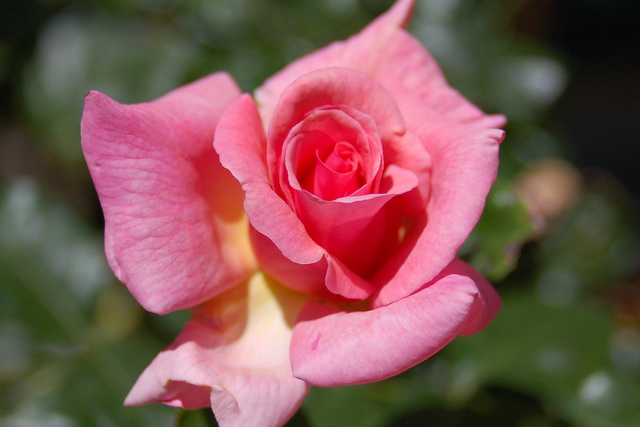 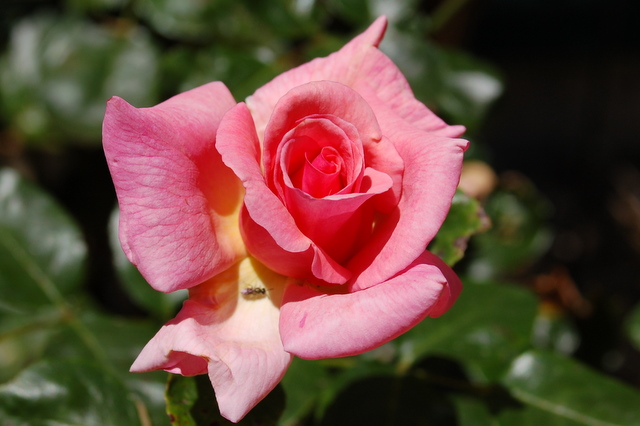 Still 60mm, exp: 1/800, changed f-stop to f8, regained some detail on the rear pedal, and the leaves in the background are more in focus

Still 60mm, exp: 1/400, upped f-stop to f25, more detail on rear pedals, and leaves behind are in focus. Because the f-stop is a larger number, the aperture (the opening in the lens) is smaller, so the picture is a little darker – less light was let in, even though the camera compensated by upping the exposure. But it can be brightened up in editing.

Brightened up using Picasa. If I had a tripod, I could set for a longer exposure at this same f-stop and brighten it without editing tools.

Slightly different angle, zoomed in to 70mm, exp: 1/500, f18 to get detail on the rear pedals, brightened up in Picasa
_